It does not get any bigger than Rajinikanth for an Indian filmmaker. For AR Murugadoss, it is a dream come true to direct his boyhood idol in a feature film — Darbar, which is scheduled to release on January 9.

But the filmmaker is not alien to working with the biggies of Indian cinema; quite the opposite, he is someone who made his name working with stars like Aamir Khan, Suriya, Vijay, Chiranjeevi, Akshay Kumar, Vijayakanth, Mahesh Babu and the likes.

The filmmaker, in fact, started his career with a star. His debut film, Dheena (2001), catapulted both Murugadoss and its star Ajith Kumar to instant fame. 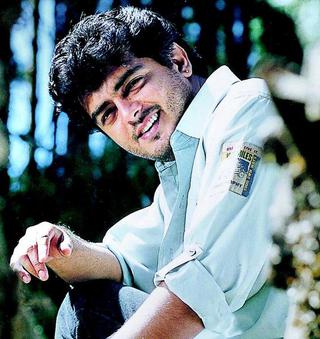 It was Dheena which gave Ajith the moniker by which he is still fondly referred to by his fans, Thala.

And yet, there is an odd thing about Murugadoss’ relationship with Ajith.

The filmmaker has collaborated on more than one occasion with most of the big name stars he has worked with, except Ajith.

The duo were set to work again, and even launched a film named Mirattal way back in 2004. But the movie was dropped for unknown reasons, and the Ajith-Murugadoss combo never materialised since. In an exclusive conversation with The Hindu, Murugadoss shed light on the situation.

“Mirattal had to be dropped because there were problems between the producer and Ajith sir after we started the project,” the director recalls. 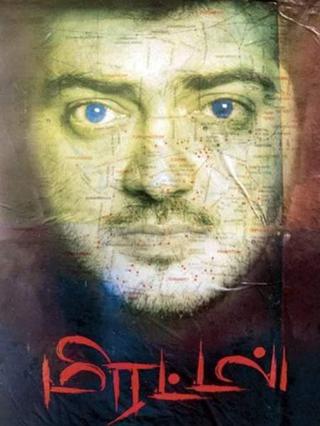 A poster for ‘Mirattal’. The film, which AR Murugadoss was supposed to have directed, was dropped.   | Photo Credit: Special Arrangement

Soon after, Murugadoss started work on the film Ghajini (2005) with Suriya. The film fetched accolades, and was remade in Hindi in 2008 with Aamir Khan in the lead.

But more importantly, the film also started the ‘six-pack fetish’ among leading stars in Indian cinema.

However, Murugadoss reveals that he had no idea how sporting six-pack abs could alter the image of a hero, until Ajith Kumar introduced him to the concept.

“It was Ajith sir who, when he heard the script for Mirattal, had suggested that he would gain six-pack abs for the film. He told me instantly after listening to the story line. It was not in the script but only after he told me that did I start to think, ‘Oh, if a hero sports a six-pack, it would look nice’,” says Murugadoss.

“Though we did not end up doing Mirattal eventually, his idea gave me the opportunity to ask stars like Suriya and Aamir Khan to gain six-pack abs for their roles,” he adds.

So why has a film not materialised since Mirattal?

“It has always been a good relationship between us. But I started working in Hindi and Telugu films after [Mirattal was dropped], and when I returned to Tamil, I had opportunities to make films with Vijay sir. So, slowly, this small gap built up. Otherwise, I watch his films, and call his manager and tell him to convey my regards,” says Murugadoss, adding, “When the appropriate time comes, we will do a film again. Cinema is all about entertaining people. So, I certainly hold the desire to make a really good film with a really good hero… a hero whom I love.”